Wrangel & Herald Islands – Across the top of the world

An exclusive invitation to the world’s best kept secret…

Join Back Track Adventures trek leader and award winning photographer Damian Caniglia on this unique photographic tour and voyage of a lifetime “Across the top of the World”. You will also be accompanied by our adventure travel consultant Karen O’Dwyer on this epic 15 day voyage departing Nome in Alaska on 31 July 2016.

We are offering this experience either as an expedition voyage only or as a photographic tour from Australia.

Damian will be hosting photo workshops both prior to departure and also throughout the trip to help you develop and master the theoretical aspects of photography.

He will also be on hand to give individual mentoring in all aspects of your photography, with many  opportunities in Alaska prior to the expedition and throughout the voyage to put your skills to the test in the hunt  for the ultimate photograph.

This is a special itinerary for all keen photographers and lovers of vast landscapes and wildlife, particularly Polar Bear and birds.

You will travel to the most remote corner of the world visited by less than 300 people a year, see Polar, Grizzly and Black bears, amazing landscapes, unique bird and Arctic wildlife and experience the cultural life of the local communities.

This unique expedition journeys through the Bering Strait, travels along the Chukotka coastline, crosses the Arctic Circle and includes the isolated and pristine Wrangel and Herald Islands and a significant section of the wild North Eastern Siberian coastline. This is one of the last great undiscovered wilderness areas in the world and supports the greatest biodiversity of any location in the Arctic. 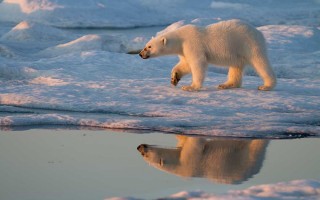 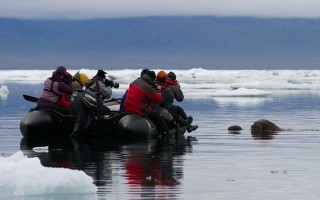 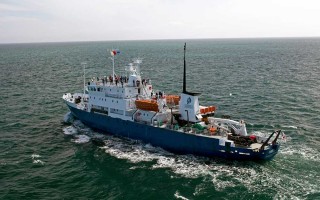 The Spirit of Enderby Damian is a qualified trainer and passionate about helping others get the most from their cameras and their photography while travelling.

Having photographed from the jungles of Papua New Guinea, the landscapes and wildlife of Africa to the highest peaks of the Himalaya, Damian continues to build his library of photographs and footage as he travels taking small groups to such exotic locations.

For a full itinerary and cost details and to register a place on either the expedition voyage or the photographic tour please complete the form below or call either Karen or Annie at Back Track Travel & Adventures on 07 3850 7600.